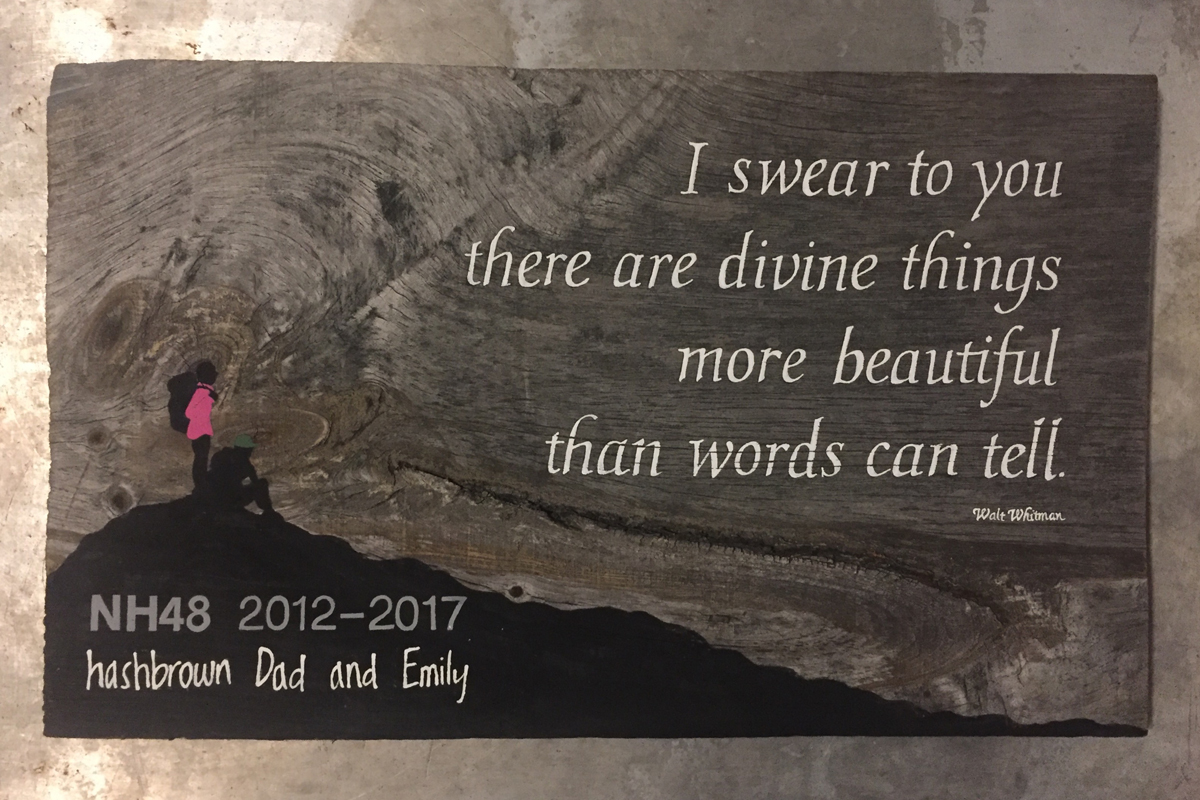 I was recently asked to do a piece to commemorate a father/daughter duo who became part of an elite group of hikers…those who have completed the NH48 (New Hampshires 48 mountains that are 4000+ feet in elevation.) I literally got the email as I was packing for a long weekend in Vermont, where we would be meeting up with family to hike, swim and do Vermont-y things, like eat Ben & Jerrys and cliff dive (I don’t really know if that’s what people from Vermont do, but my daughter did and nearly gave us all a heart attack!)

I can assure you that the hikes we crossed off our list were nowhere near 4000+, but nonetheless, we enjoyed unplugging from our busy lives and just being one with the trail. There’s something about the fresh mountain air and the smell of the woods that energizes the soul. Truly the journey is as rewarding as the final destination. I can only imagine that to be the case with this dad and his daughter.

We got home late on Monday and instead of unpacking and going to bed, I just had to start painting. I had the perfect piece of old barn wood that was aged to perfection. It’s grain has swirls that look as if they could be a starry night against the silhouetted figures. I added her signature pink wind breaker and his  trusty mountain hat, as well as the Walt Whitman quote he posted as they finished their last hike. And a little millennial humor as Dad prefers “hashbrown” to “hashtag” when posting on the blog.

If there is a special moment you would like to commemorate as well, please send me an email!