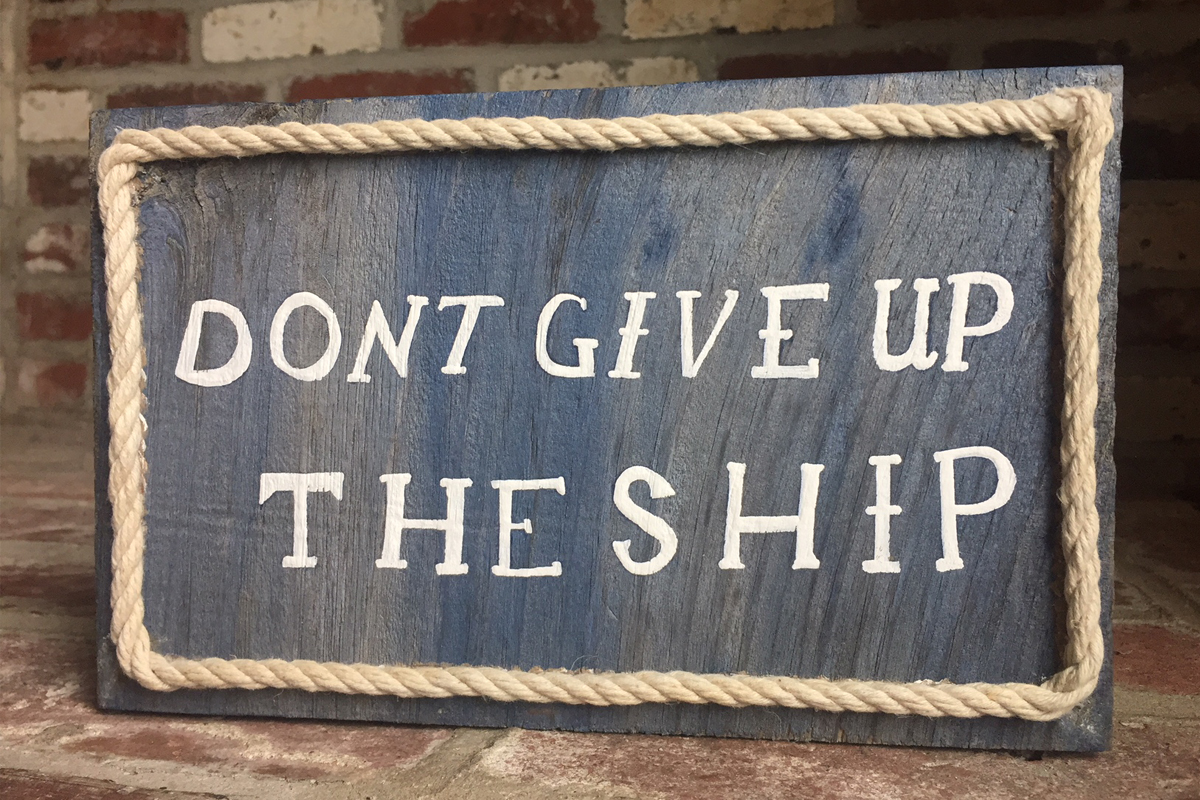 “Don’t give up the ship.  Fight her till she sinks” These are the last words of captain James Lawrence, made famous by Commodore Oliver Hazard Perry during the Battle of Lake Erie. Those words greet the midshipmen at the Naval Academy as they pass through Memorial Hall every day. They are a reminder to fight to the bitter end. To never give up.

I love this simple expression. So many times I have whispered this to myself as I faced adversity. Difficult to comprehend when you are in it, but sometimes the harder the struggle, the more glorious the triumph. True character and resolve is revealed in the darkest of hours, when you have to chose to stay in the fight or not.

This little piece is dedicated to my daughters who, each in their own way this week, decided to stay in the fight.  Winners are not people who never fail, rather people who never quit. They are fighting these smaller battles now, but they have already won, no matter the outcome. Strength, dedication, tenacity, passion, resolve. This is what shines bright against the dark backdrop of turmoil. They will be stronger for it and they know that giving up, when you really care deeply about something, is just not an option.

This piece is 9” x 6”, acrylic and rope on reclaimed barn wood. The lettering is a replication of the hand sewn lettering on Perry’s flag, roughly assembled, yet bold and confident.