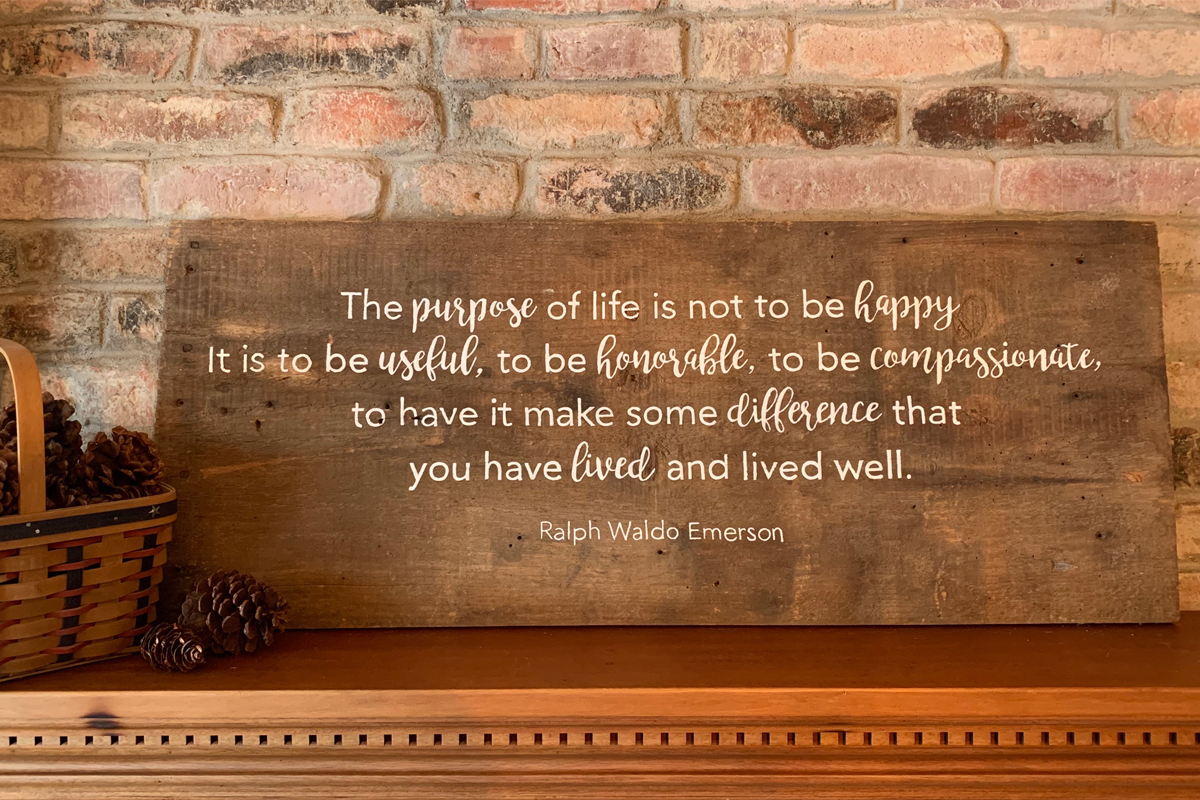 My husband found an incredible deal on airfare to Ireland and suggested we take a long weekend get away to celebrate our 20th wedding anniversary. On paper it all looks great…I have a to do list a mile long before I go. I’m exhausted but checking things off the list. Oh snap! I forgot about picking up a perpetual cup that was dropped off in Connecticut for our upcoming competition. Add a trip south to my list! My dear sister-in-law said something to me in the Shaw’s parking lot yesterday as she was handing off the trophy that has been resonating with me ever since. A phrase so simple, yet quite profound, especially in my state of craziness with kids, house stuff, volunteering, work and a graduation in the near future.

“Don’t let life happen to you.”

Whoa…seems simple at first, but when you really think about it, we all have choices for every single aspect of our lives. There are many things in this life that are out of our control. But how we chose to look at situations and deal with them is something we ARE in control of, whether we like it or not. Even taking the path of least resistance is a choice.

My oldest recently competed at the world championships for Irish Dance, an honor only 1% of all Irish dancers qualify for. The time, effort, commitment, and sacrifices this 18 year old had to make leading up to this moment was astounding to me. She crashed to the floor in her very first dance, hitting so hard I wasn’t sure she was able to get up. She had to make a choice in that split second, in front of 7 judges and a ballroom full of spectators, including her mother who was in pieces…to give up or get up. Her next round was if she had never fallen…no sign of pain or hesitance, in fact she looked more confident than ever. She rose above it because to her there was no choice. It wasn’t until after 4 more rounds of dancing and awards the next day, would she admit she was in a lot of pain. But she chose to rise above it, and for that, she ended up 31st in the world.

My middle, meanwhile, was in the Dominican Republic on a mission trip to build houses and latrines for a group of sugar cane workers. It was a long week with lots of hard labor… mixing and carrying cement in buckets, scraping and painting houses, helping to build latrines. By the end of each day she was covered in mud and utterly exhausted. She could have easily chosen to hang with her friends over break, but instead felt a draw to help others in need. She made memories to last a life time, but more importantly, she gave of herself without any expectation of a return on her investment of time.

My youngest is trying track for the first time this year. A dancer, as well, she is trying each event, getting a feel for what events she is best suited for. She missed several practices and the first two meets because she, too, competed at worlds with her 8-hand team. At the meet this week, after being back for only 1 practice, her coaches put her in the high jump. She mentioned to me that because she missed learning the technique, she surely was not going to clear the bar. Her strong legs, tall lean build, and mind over matter could not possibly overcome the lack of instruction, she thought. When it was her turn to jump, I watched her take a big breath and suddenly just go for it. Lo and behold, she cleared that bar. She could have easily given up before she even tried, blaming it on the excuse at hand, but instead she chose to give it her best.

As for me, I find that lately it is too easy to get lost in the madness. So many obligation, activities, and tasks to cross off my to do list. Sometimes I am not fully present because mentally I am already on to the next task. I get lost in the shuffle and think it’s OK because I’m getting stuff done. When my sister-in-law said these words, I immediately connected with the idea that I am, in many ways, letting life “happen” instead of making choices to allow me to be present, mindful and live well. So, like my three girls, I am trying to chose to rise above the noise and be present, be passionate in what I do, and give this life my absolute best.